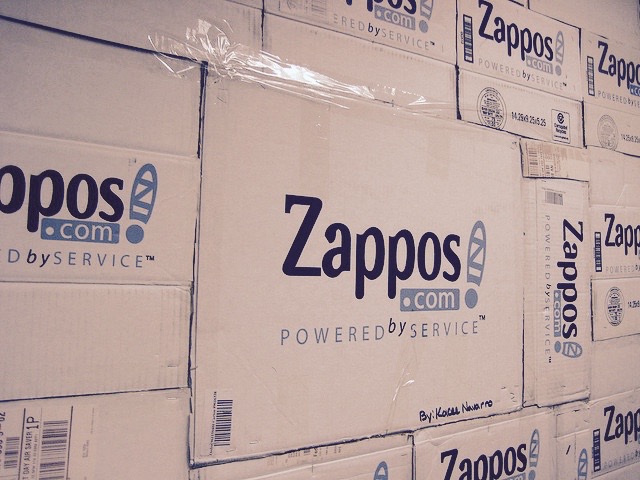 This post is adapted from my final sermon at City Square Church on May 31, 2015. I co-founded City Square as a United Methodist faith community, along with Rev. Brian Kemp-Schlemmer, in July 2012.

The online shoe/clothing retailer Zappos.com is going through a major transition that’s made some waves in the corporate world. A few weeks ago their CEO Tony Hsieh offered to buyout any employee who didn’t want to adopt their controversial new management system called Holacracy, and 210 employees took him up on the offer.

You can get more details about Zappos and Holacracy here, however, the gist of it is that Zappos is flattening their management structure and giving greater decision making power to all of their employees, at every level. They believe that creating a “self-organizing” corporation will better help them to achieve their mission and vision as a company. According to their website that mission is:

“Regardless of our structure, our goal is to position Zappos as the online service leader. If we can get customers to associate the Zappos brand with the absolute best service, then we can expand into other product categories beyond shoes. And, we’re doing just that.”

The core mission of Zappos is all about “adding value to customers” and creating the best customer experience possible. They have become obsessed with their focus on customers. Instead of being driven by their bottom line they believe that driving their mission and vision is the key to creating a successful company, because they ultimately believe being mission focused will increase that bottom line, as well.

Zappos isn’t getting rid of traditional management systems and corporate structure for its own sake, they’re doing it because they believe it will help them better and more efficiently achieve their mission.

Is it unfair to say that this major company has a better and truer sense of what it means to pursue the fulfillment of their mission, as on organization, than most churches do?

Self-organizing entities are not necessarily new and it seems like Hsieh was heavily influenced by the work of a man named Frederic Laloux. In his book, Reinventing Organizations, Laloux offers his nuanced version of something called “Integral Theory,” also known as “Spiral Dynamics.”

The basic premise is that over time the way people and societies have organized themselves has evolved, yet we’ve held on to earlier versions of organizations, even as new ones have evolved.

According to Laloux organizations tend to fall primarily into one of the categories below (each one is also referred to with a color code):

It is important to point out, however, that these aren’t stages that organizations necessarily “graduate” to, and they can also assume characteristics of multiple categories at time. For example, many of us have probably had a “Fear-Based” boss in a hierarchy, results, or cause-based organization.

So where does the institution of the Church fall? Many churches, today, are Hierarchical organizations at their core, as mentioned above. However, these days, it’s safe to say that churches also regularly assume results and caused-based characteristics. Both progressive and conservative churches feel the pressure of decline and are constantly lobbing criticism at one another. “If you did x and y then more people would join your church.” “If you adopted this cause or that political position maybe people wouldn’t be leaving your church.” The United Methodist Church is seeking a curb to decline by squarely becoming a results-based institution – success is defined as a continual increase in worship attendance, membership, and dollars given.

Recent denominational restructuring proposals, much like ones submitted to General Conference in 2012, are seeking to structure and run the Church like a profit-driven corporation, the idea being that more oversight and consolidated power will lead to a more efficient and disciplined machine, which will lead to a reverse in numerical decline.

I’ve asked this question before and I’ll ask it a million times if I have to: Is all of this really about achieving our mission? Or is it about winning the denominational wars and achieving corporate success?

I mentioned earlier that Laloux and other theorists believe that a new types of organizations are emerging. These are called “Integral” or “Teal” organizations.

Many self-organizing companies are or are trying to be, Integral organizations, encompassing the best of the other organizational categories and at the same time embracing a new philosophy. Laloux writes:

…our journey toward inner rightness prompts some soul searching of who we are and what our purpose in life might be. The ultimate goal in life is not to be successful or loved, but to become the truest expression of ourselves, to live into authentic selfhood, to honor our birthright gifts and callings, and be of service to humanity and our world. In Teal, life is seen as a journey of personal and collective unfolding toward our true nature. (Excerpt From Part 1.3 of Reinventing Organizations)

Does this sound familiar? I would say this isn’t anything new for the Church, our mission has always been to fully live into who God is calling us to be, to be a kingdom organization at our core.

The kingdom of God is a place/space where we are growing into who we are called to be. It is a place big enough for everyone where there is love, justice, and well-being for all of creation.

What shall we say the kingdom of God is like, or what parable shall we use to describe it? It is like a mustard seed, which is the smallest seed you plant in the ground. Yet when planted, it grows and becomes the largest of all garden plants, with such big branches that the birds of the air can perch in its shade.

The mission of The United Methodist Church is to “Make disciples of Jesus Christ for the transformation of the world.” This is a mission statement straight from the gospels, but is measured in a strange way. I believe what Jesus meant by “disciple” was something more than attendance or membership in an association and that “transformation” means more than dollars given or the building of a recreation center on a church campus. Yes, it may include those things, and those may be a part of what’s needed to achieve the mission, but they are ultimately not missional achievement.

Three years ago I co-founded a new United Methodist faith community called “City Square Church,” because I saw God doing something new in the urban core of Phoenix and believed God was calling me to come and be a part of that work. Over the past three years I’ve learned a ton about how to start, organize, and lead a church, both through some amazing experiences and some extraordinarily painful ones.

The biggest thing I’ve learned is that evolving as an organization is about staying true to your mission. The mission statement of City Square Church is “Connecting people to God and each other for the transformation of our lives, our community, and our world.” It is based off of and similarly ambitious as the mission statement of The UMC. Attempting to achieve it all at once would be impossible. But mission statements aren’t meant to be achieved quickly or all at once. Mission statements are the language that continually draws us into the future, much like chasing a horizon that we are constantly being beckoned to move towards.

I didn’t see it until recently and perhaps it took knowing I would be moving on to pastor a new church that helped me realize the fulfillment of our mission has been more about a being on a journey than it has about achieving the mission as quickly as possible, then moving on to the next “thing.”

The first phase of City Square was doing a lot of ground work, praying, listening, studying, innovating, and gathering early adopters – connecting people to God and each other.

The second phase was gathering a crowd and building a sustainable organization by organizing people, organizing resources, training leaders, and transforming lives.

Perhaps the next phase is about fully becoming a kingdom organization now that all the pieces of organizational sustainability are in place. Perhaps furthering the mission is about becoming an active part of the community, not just carving out some space on Sunday mornings and doing some interesting things at a bar a few times a month. Perhaps the work is to know the needs of one another and of our neighbors and to work to fulfill those needs by walking alongside one another, to fight injustice and oppression wherever we see them, and to connect people to God in a way that is radically inclusive, compassionate and transformative.

Indeed we are called not just to demand restorative justice and well being for our neighbors, but we are called to play an active part in that work. We are called to love our neighbors and to be vital partners with them in creating community well-being and human thriving, together. That’s the work that Jesus modeled for us and gave his life for and calls us to each and every day.

But that’s what I believe City Square Church is being called to, in order to live into who God is calling them to be. I don’t know what exactly what it looks like for your church to truly live into its mission and I don’t mean to impose a particular model on you or any other church. Only you and God know what is right for your context.

So what would The United Methodist Church look like as a truly kingdom-minded institution? What will we look like when we are fully living into the church God is calling us to be? I’m convinced we won’t really get to know until we are willing to give-up or obsession with, and dependency on, fear, hierarchy, results, and causes. We won’t fully know until we’re truly focused on mission and I’m jaded enough to believe that it will never happen until our current structure collapses under its own weight of results-based expectations.

So, is a shoe company really doing a better job at aligning with its mission than a Christian denomination is? And please hear me, I’m not arguing for the adoption of Zappos’ mission, but for the adoption of the passion they have for keeping mission at the core of who they are. I usually wouldn’t be caught dead saying this, but this is one of those rare cases where we need to do a better job of emulating corporate culture. 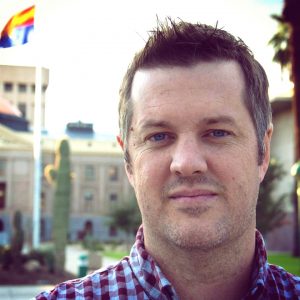 Rob is a United Methodist pastor, specializing in church consulting, nonprofit consulting, and coaching. As a networker, speaker, husband and father, he leads others in spiritual formation, leadership development, building community, and developing critical thinking skills. Rob uses his strengths in strategic planning and visioning to connect people and ideas to each other, in order to make our communities and the world a better place. He lives in Tucson, AZ with his wife and two sons. Find out more about Rob at robrynders.com.