Death of a Flag – a Lesson in Broken Symbols 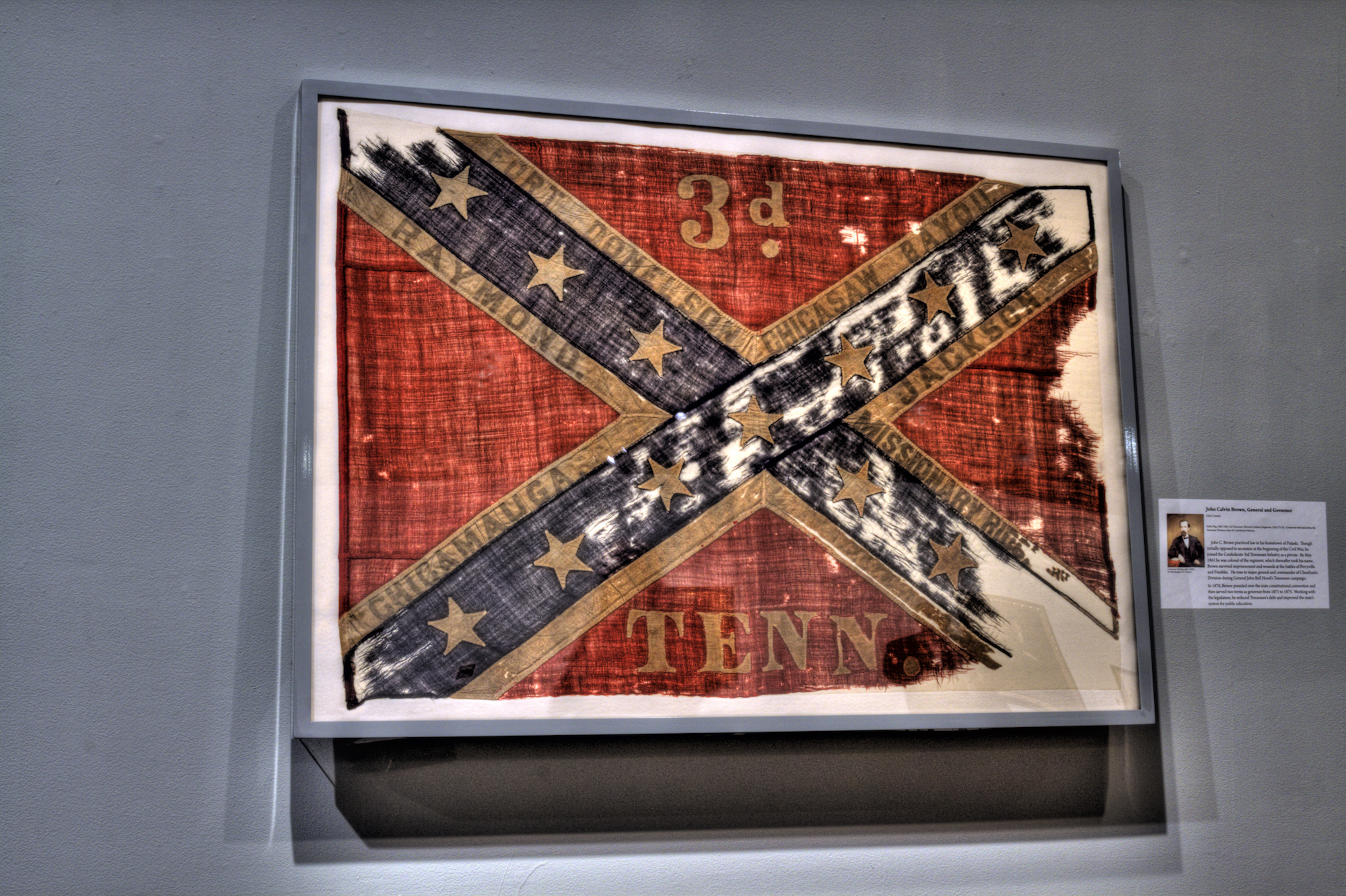 From Texas, Atlanta,
oh man, Alabama, Savannah,
The deeper the darker
tha dirty south is what I’m after

Efforts to remove the rebel flag from Southern identity are commendable. They reflect an honest desire to purge a symbol venerated by white supremacists. But I caution against solely focusing on theremoval of a symbol. Rather, I implore Southerners to look deep within their hearts to remove all artifacts of nostalgia for the Land of Cotton and to seek better symbols than this broken flag. We can no longer use it. It does not unite Southerners and does not reflect the Southern Identity with any precision or utility.

In seeking to find itself in history, the Southern Identity must deny romance for both the plantation and the secession to preserve the plantation. Remembrance of such things cannot yield symbols that work. As long as we hold firm to nostalgia for slave days, we will live in broken, misplaced history.

If we honestly seek a New South, one free of its antebellum vestiges, then the rebel flag must fade into memory. So long as the symbol of the South remains on the plantation, we cannot realize a functional symbol of Southern identity in America (for example, what does a black artist mean when they claim Southern identity? Southern hip hop comes to mind.)

However compelling a case may be made for flying the flag to honor the wartime dead, the fact remains that the rebel flag as a functional cultural symbol is broken beyond repair. You don’t keep flying tattered flags. You honor the symbol by retiring it.

But Southern Identity need not die with the rebel flag’s retirement. In fact, the Southerner himself or herself may endure as distinctly rebellious and culturally unique from other Americans. To preserve the Southern identity, we must conjure an image in which we can take pride, one that unites us.

There are many functional modern symbols for Southern pride. Our rich tradition of music, art, and letters can provide fertile ground for such symbolism. Our peculiar fascination with college football may be another path to explore. In football, we find symbols of strength, determination, and distinction. Any SEC fan will tell you that they “play a different game down there.”

Football is something on which Southerners can unite. Tigers, Bulldogs, Gators, Tide; these are all functional symbols of Southern American identity. OutKast is a functional symbol of the South. In contrast, the rebel flag cannot operate like these other symbols. Its meaning is forced into a myriad of extremes, none of them fruitful, and is thus impotent to unite Southern people.

Such is the path of history’s war totems. The old symbols, they don’t last. They don’t work like they used to. They weigh too much and must be jettisoned along the roadside. Better symbols come along (hopefully) and we unite around those.

College football and Southern music are better symbols. They are also institutions that, though painfully and incompletely, managed to wear down the machinery of segregation. Perhaps a historically Southern memory worth reenacting is the rebellion against segregation. What would it mean to take pride in this rebellion, instead of that other rebellion?

Fortunately, God frees us from living into the sins of our ancestors. God’s love expressed in Jesus Christ promises to overcome the original sins we relive each day. We can witness this in the daily work of the Holy Spirit in our lives. Our identity as children of God endures forever.

Earlier this week, family members of the martyrs killed by Dylann Roof publicly forgave the murderer. Their extraordinary acts of revolt against sin and death were expressed in those words of forgiveness. In promises to rebuff violent reprisal, in actions that surpass all understanding, unity in Christ is realized through forgiveness. In this power rests our redemption and our hope for tomorrow.

Please pray for Emanuel AME church and the city of Charleston. Pray for the families and friends of all who died. Pray for those who are traumatized, injured, or afraid. In Christ, may we fix our hearts to forgiveness and our eyes to justice. And so we pray for the Holy Spirit to be ever present.